The route marked by “the orange hiker sign” starts from Fundata City Hall turning right and continuing on the touristic trail “red stripe”. It follows a smooth descent on a dirt road scattered with lime stones, going through an area of meadows and pastures until it meets with the county road and turns right. From here begins a true living village museum with household assemblies which largely retain elements of traditional architecture. 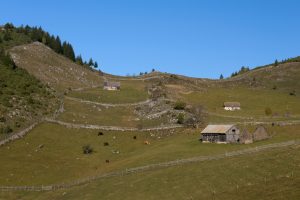 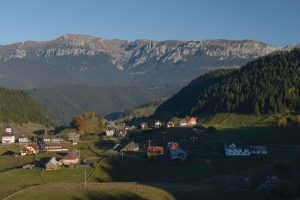 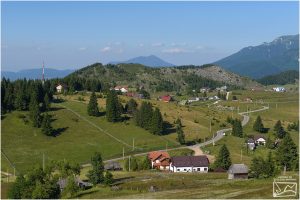 At the end of this residential area the route turns left on a slightly climbing road, crossing forest exploited areas, and continues left on the bank of a broad valley. From this road it can be seen on the other side the so-called crater “The Bottomless Lake”, a collapsed sinkhole communicating with other karst formations in the area.
A small detour will take the hiker to the lake. From here the route reaches the Rudăriţa Valley and continues left on a forest road sometimes bordered by rock walls. It arrives at The ‘Tree Adventure Park’, a recreational area assembled in trees and a small ski slope. The trail continues on the dirt road through the forest and then on the asphalt to the church in Fundata. 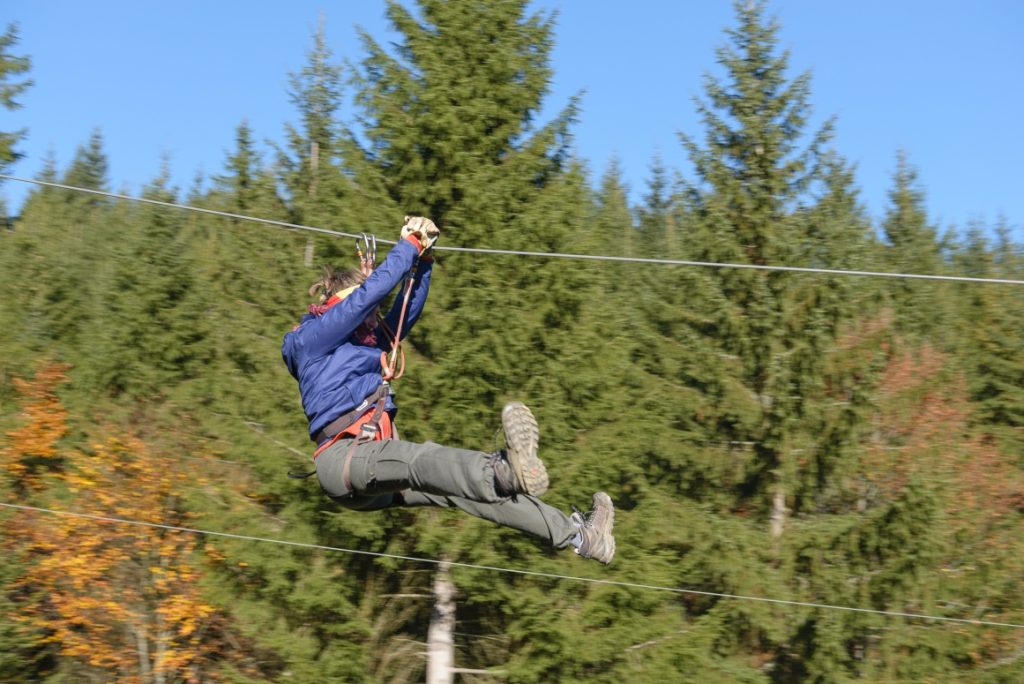 
Then follows a part of the route that combines areas of pasture and grassland, with old houses and new construction, situated in an authentic surrounding of the scattered village. The route continues on the asphalt road until it reaches the starting point. The traveler can admire the scenery of the mountains permanently surrounding the area, and the limestone formation specific to the region.

Project co-financed by a grant from Switzerland through the Swiss Contribution to the enlarged European Union.
swiss-contribution.ro, swiss-contribution.admin.ch
This website does not necessarily reflect the position of the Swiss government.
Responsibility for its content lies entirely with Centrul de Ecologie Montană Foundation.